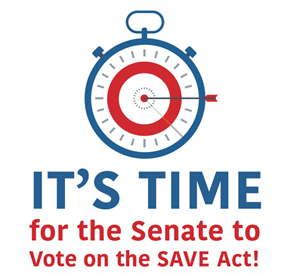 We are formally requesting a vote on SB 143, the SAVE Act, in the near future.

This legislation has widespread, bipartisan support. As the rare healthcare bill that seeks no state funding, its advantages to people across the state would be immediate and significant.

The SAVE Act will cut burdensome regulations while increasing access to high quality healthcare, and it has the added bonus of saving North Carolina’s healthcare system between $400 million and $4.3 billion per year.

For half a decade, proponents of cutting the superfluous red tape addressed in the SAVE Act have been meeting with State Senators to discuss the impact of similar legislation. Everyone at the General Assembly has had ample opportunity to consider the issue, and each session more legislators have come to appreciate its potential.

Patient groups from across the political spectrum support the SAVE Act; the sooner its signed into law, the sooner they and their members can begin to realize its benefits. This bill offers North Carolina’s patients a healthcare “win” on cost, quality, and access at a time when all three of those issues are considered vitally important by voters across the state.

The time for a vote is now.